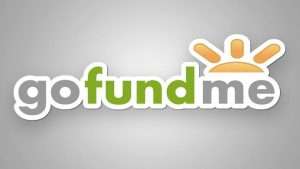 September 24, 2018, St. George’s, Grenada. The Grenada Amateur Swimming Association, (GASA) has learned of the establishment of a Go Fund Me campaign circulating via various social media platforms by an entity named only as Grenada Hotel & sponsors in support of a Swim Grenada 2019 swim competition with a goal to raise USD $500,000.  The fund also purports to support the construction of an Olympic size swimming facility in Grenada, funds to cover Administrative costs, Land acquisition, Building construction, Pools and facilities, and the Support of Purchasing proper gears for swimmers, and nutritional and educational training.

The Grenada Amateur Swimming Association, along with its key stakeholders has no knowledge of this organization, or the activities that the fund purports to support.  The public is therefore strongly cautioned against supporting this unknown entity and cause, as this is not an activity sanctioned by any of the official authorized sporting bodies.  GASA is concerned that some individuals may be attempting to capitalize on the successes achieved by our Grenadian swimmers to mislead the public into supporting the establishment of a private facility. The unknown entity has not engaged GASA, or its key stakeholders for endorsement of this fundraising activity.

During the Press launch of the Grenfin Invitational Swim Meet & OECS qualifier last week the President of GASA, Ms. Peron Johnson, publically advised that lands located at the National Stadium were officially vested in the name of the Grenada Amateur Swimming Association for the establishment of a National Aquatic facility.  The President also advised that GASA along with the Ministry of Sports will soon erect a sign on the land as the future home of the Aquatic facility.  The media was also informed that a potential donor to support the establishment of the facility has also been identified and talks have commenced through the GOC.  The public is therefore advised that this is the only official effort for the establishment of a National Aquatic Facility

GASA strongly condemns any attempt by private organizations to profit from the success of our National achievements through attempts at misleading the public to believe this is a National effort.  GASA strongly recommends that members of the public should only support efforts that have been endorsed by the Grenada Amateur Swimming Association and its key stakeholders. The general public and corporate Grenada are to be guided accordingly.