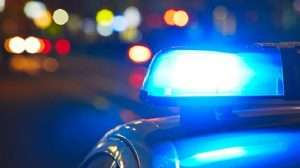 Looptt – Police have arrested 20 foreign nationals, including 17 Venezuelans, after they were found staying illegally in Tobago.

Officers of the Crown Point Police Station, Criminal Investigations Department and Canine Branch, along with the Environment Management Authority and Immigration Division, made the arrests during an anti-crime exercise carried out in the Crown Point district between 11 am and 6:30 pm on Wednesday.

The exercise was coordinated by Snr. Supt. (Ag.) Jeffery George.

The officers went to hotels and casinos in the district where they found 17 Venezuelans, two Cubans and one Grenadian, who were suspected of being in the country illegally.

Following enquiries, the immigrants were detained and handed over to officers of the Immigration Division.