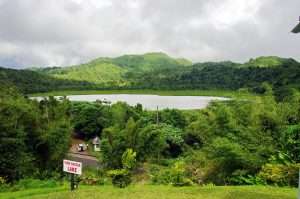 GEORGE’S, GRENADA, MONDAY 2ND JULY, 2018 –GIS: The Ministry of Tourism says it’s pressing ahead with plans to commercialize tourism sites across the country.

This goal was reinforced during a meeting between Prime Minister Dr. Keith Mitchell and workers at the Ministry of Tourism and Civil Aviation last week.

The meeting, also attended by Minister Clarice Modeste Curwin and Permanent Secretary Arlene Outram, echoed concerns that Grenada has not been maximizing its tourism sites.

Discussion was also centered on putting appropriate systems and policies in place to ensure tourism sites are vastly improved.

There was also a suggestion that private individuals who own some of the sites should be engaged in Public Private Partnerships to develop those spots.

It was also announced that the Ministry is well on its way to commercializing at least two of the sites in the next few months.