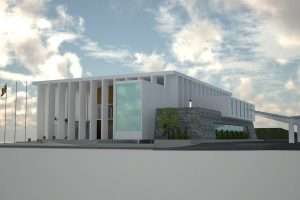 The Traffic Department of the Royal Grenada Police Force hereby informs the general public of the following traffic arrangement to facilitate the opening ceremony for the New Parliament Building on Thursday 21st June, 2018 commencing 09:00 a.m.

Vehicular traffic will not be allowed to enter Lucas Street from its junction with Woolwich Road close to the Government House Round-about.

Sans Souci public road in the direction towards Government House Round-

No Parking will be allowed

to Government House Round-about in the direction of the Market Hill.

NB: Only members of the Upper of the Lower Houses of Parliament along with the Administrative Staff will be allowed to park on the compound of the Parliament Building.

compound that intersects with the road at the Old Government House

and also on the compound of the Old Government House.

junction with Sans Souci public road in the direction of Market Hill.