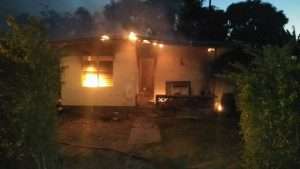 Croney, a 33 year old Plumber of Telescope, St. Andrew, was charged with non-capital murder, in connection with the shooting death of Cainisaac Edwards, two days before the funeral, which was held last evening. He is currently remanded at the Richmond Hill Prison following his first court appearance on June 6th.

The cause of the fire is being investigated by police, however, one source hinted it may be a case of arson.

Cainisaac Edwards, an ex-police prosecutor, 36-years, was shot at Telescope, St. Andrew, by a lone gunman and later pronounced dead at the Princess Alice Hospital. The incident occurred about 2:30am on Sunday May 20th.

Edwards was a popular businessman in his community. 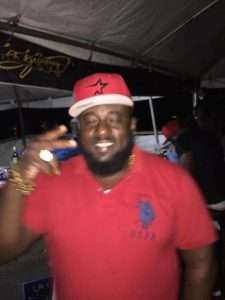