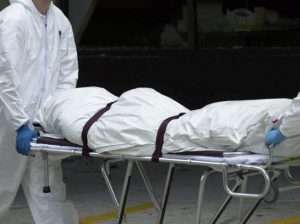 St. Lucia – Just over an hour after responding to a stabbing in Mon Repos, police were called to another possible crime scene, in Soufriere.

Police are investigating the death of Gregory Philip, aka ‘Checkie’.

It is alleged that Philip fell from a balcony during an altercation.

According to sources, police have not ruled out foul play as they investigate the allegation.

The incident is reported to have occurred around 9 p.m.

About an hour earlier, police responded to the stabbing of Stephen James, aka 2pac, in La Pointe, Mon Repos.

He was allegedly stabbed in the neck during a dispute with another man.