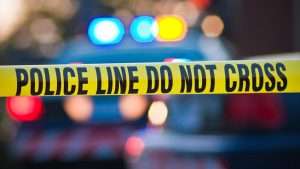 Trinidad: Kareem Smart saw two women seated in their porch, told them good night and robbed them at gunpoint. He left with valuables and a stolen sports utility vehicle.

On Tuesday Smart sentenced to seven years in prison.

Smart, 31 of La Romaine, had pleaded for leniency from the court and even told San Fernando senior magistrate Cherril Anne Antoine that he wanted to plant pumpkins on his land for the upcoming Corpus Christi public holiday.

Smart pleaded guilty to two charges of robbery with aggravation.

Police prosecutor Ramdath Phillip told Antoine that at 9.10 p.m. on February 21 the two women were seated in the front porch of their home at Union Hall, San Fernando when they were approached by Smart and two other men. Smart had a gun. The women were robbed of three cellular phones together valued $9,500, $1,000 cash, a $3,000 laptop and a $140,000 Kia Sportage. Smart and his companion escaped in the vehicle.

A report was made to constable Morris of the San Fernando Criminal Investigations Department. The vehicle was soon after found and Smart’s fingerprints were found on the front and rear doors. No other items were recovered.

Smart told the court, “On that day, I never had intentions of doing what happened but it happened … What I did was wrong … I tell the people good night. I never hurt nobody. Sorry for my reaction … My mother always say friends carry you but they don’t bring you back.”

Smart, a mason, asked to be fined, placed on a bond or ordered to perform community service on the present charges. “Satan chook me. I didn’t mean to do it,” he said.

Antoine asked if he knew how traumatising it is to be robbed at gunpoint. “The women were in their porch. People are supposed to be safe in their porches. ” the magistrate said.

She told Smart that he had 15 previous convictions. These included for possession of a weapon and assault with intent to rob in 2012 and wounding in 2013. Smart also had narcotics related convictions.

In passing sentence, the magistrate considered Smart’s guilty plea. She also took into regard the number of his previous convictions, that nothing else was recovered and that the women were in their porch.