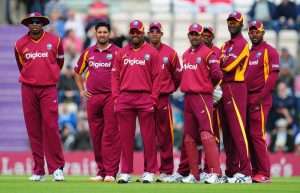 Digicel Group CFO, Raymond (Lek-Lerk) Leclercq, comments; “Over the years, we have been very successful in forging sponsorship partnerships with the things we know our customers love most. This approach has helped us to grow the Digicel brand to be the number one brand in the region and to make a lasting impression on our customers. We would like to take this opportunity to thank Cricket West Indies for 13 years of amazing partnership and for the opportunity and privilege of helping to bring the fun, thrill and excitement of the game of cricket to a wider audience and in new and engaging ways. We wish Cricket West Indies all the best for the future and will be cheering the teams on from the stands as passionate fans of the game of cricket in the Caribbean.”

Dominic Warne, Director of Commercial, Marketing and Communications for Cricket West Indies, commented; “On behalf of everyone at Cricket West Indies, I would like to thank Digicel for their fantastic support over the past 13 years. It has been a great and successful partnership for both Cricket West Indies and Digicel. We are now primed to take on a number of new initiatives as part of our recently announced strategic plan to make cricket the heartbeat of the Caribbean. We hope to make an announcement on our new long-term Principal Partner soon.”