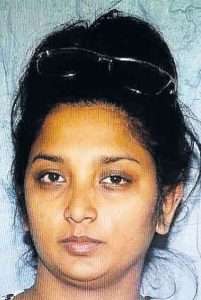 Trinidad: A Couva housewife has to appear in the Couva Magistrates’ Court on Thursday charged with falsely reporting to police that she and her son were kidnapped by four men.

Sapna Chinyan, 32, claimed the kidnappers had demanded a $30,000 ransom for their safe release.

According to media release from the Corporate Communications Unit of the Police Service, the woman reported that around 7.30 am last Thursday the men abducted her and her six-year-old son from their Carli Bay Road home.

She said the four unarmed men took them in a Nissan Almera to a location along the Southern Main Road, Claxton Bay, where they demanded the ransom.

The police claimed Chinyan told them she was allowed to leave to collect the ransom money, but the men kept her son until she returned.

She made the report around 11.40 am at the Couva Police Station.

However, the police obtained CCTV footage which allegedly did not corroborate her story. She was subsequently charged with wasteful employment of the police by PC Visham Ramoutar of the Couva CID.

Chinyan appeared before a Justice of the Peace last Friday and was granted $5,000 own bail. The matter will next be heard on Thursday when she will appear before a magistrate.