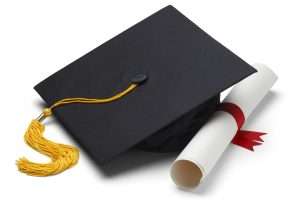 Eleven Grenadian students earned degrees at Midwestern State University’s May Commencement exercises.  They were among forty-five Caribbean students and over 900 degree recipients at the bi-annual event.

Kevin Lord both earned their bachelor of science in computer science.

Dareem Antoine earned the double degrees with a bachelor of science in mathematics and bachelor of business administration in economics.

Kornika DeGannes and Kimberly Modeste both earned their bachelor of business administration in finance.

Simone Alexis earned a bachelor of science in nursing.

Over 250 Grenadian students have earned degrees from Midwestern since 1995 and fifty one students are currently enrolled.  Ten new students from Grenada will be accepted to Midwestern State University in August 2018.  Over 1400 Caribbean students have attended the university since the inception of the Caribbean Recruitment Program in 1993.