Police Constables Randy Alexander, 49 years and Denson Charles, 34 years, have been granted bail in the sum of 30-thousand dollars with two sureties.

Both officers have to surrender all travel documents and while Alexander has to report to Central Police Station every Tuesday between the hours of 06:00 a.m. and 6:00 p.m. Charles has to do likewise at the South St. George Police Station.

Police constable Randy Alexander was charged with causing death by dangerous driving, in connection with the death of Betty Ann “Sting Beans” Lambert.

The 42-year-old mother of 4 was stuck on April 13th by a passenger bus, driven by Alexander. Her body was reportedly dragged some 1000 meters below the bus, before the vehicle came to a stop.

Renwick died on Thursday, 12th April, after his motorcycle collided with a vehicle being driven by Charles at Grand Anse Valley. 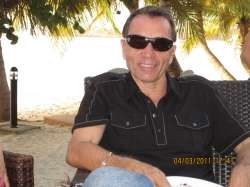 Charles and Alexander will reappear in Court on July 24th 2018 and August 27th 2018, respectively.