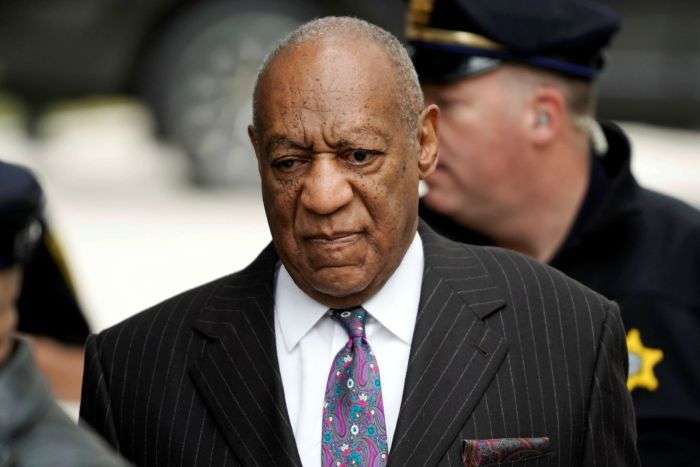 Bill Cosby has been convicted over the drugging and molesting of a woman, completing the spectacular late-life downfall of a comedian who broke racial barriers in Hollywood on his way to TV superstardom as America’s Dad.

Cosby, 80, could end up spending his final years in prison after a jury concluded he sexually violated Temple University employee Andrea Constand at his suburban Philadelphia home in 2004.

He claimed the encounter was consensual.

Cosby stared straight ahead as the verdict was read, but moments later lashed out loudly at district attorney Kevin Steele and called him an “asshole” after the prosecutor asked Cosby be immediately jailed because he “has a plane” and was a flight risk.

Cosby denied he had an aeroplane and shouted, “I’m sick of him!”

The judge decided Cosby can remain free on bail while he awaits sentencing but said he cannot leave the state.

Cosby’s defence declared the “fight is not over” and said an appeal would be filed.

Shrieks erupted in the courtroom when the verdict was announced, and some of his accusers whimpered and cried.

Constand remained stoic, then hugged her lawyer and members of the prosecution team.

“Justice has been done!” celebrity lawyer Gloria Allred, who represented some of Cosby’s accusers, said on the courthouse steps.

The verdict came after a two-week retrial in which prosecutors put five other women on the stand who testified that Cosby, married for 54 years, drugged and violated them, too.

The panel of seven men and five women reached a unanimous verdict after deliberating for 14 hours over two days, vindicating prosecutors’ decision to retry Cosby after his first trial ended with a hung jury less than a year ago.

Cosby could get up to 10 years in prison on each of the three counts of aggravated indecent assault.

He is likely to get less than that under state sentencing guidelines, but given his age, even a modest term could mean he will die behind bars.