GOV’s Statement On The Passing Of Ms. Cassandra Joseph

STATEMENT FROM THE MINISTRY OF EDUCATION, HUMAN RESOURCE DEVELOPMENT AND RELIGIOUS AFFAIRS ON THE PASSING OF MS. CASSANDRA JOSEPH 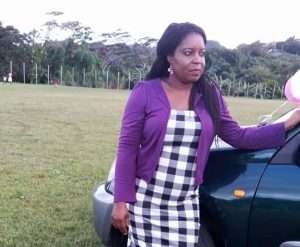 St. GEORGE, GRENADA, APR. 23, 2018: The Ministry of Education, Human Resource Development and Religious Affairs joins with family, relatives and friends of Cassandra Joseph in mourning her untimely death in the People’s Republic of China.

Ms. Joseph began studies leading to a Master’s in International Relations, in the People’s Republic of China, in September 2017. She fell ill in November 2017 and succumbed to her illness in China on 22nd April 2018.

Cassandra was very closely associated with the Ministry as a teacher on the one hand and a Government scholarship awardee on the other.

Cassandra was a resident of Chantimelle, St. Patrick and a teacher attached to St. John’s Christian Secondary School.

On behalf of the Ministry of Education, Human Resource Development and Religious Affairs, sincerest thanks and appreciation are extended to the following:

While we all hoped for a different outcome, we understand that our plans are not God’s plans.  God saw that his daughter had tarried long enough and decided to call her to rest in his heavenly home.