Millionaire Leaves Wife Of 42 Years Nothing In His Will 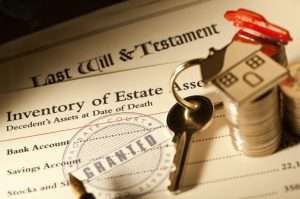 (THE SUN) – A widow has been saved from poverty after her millionaire partner shunned her from his will.

Scorned Joan Thompson, 79, lived as man and wife with landowner Wynford Hodge for 42 years before his death last year.

The 94-year-old was worth more than $2.1 million when he died but chose to leave his fortune to two tenants who had been kind to him in his final years leaving his long-term spouse penniless.

In a letter attached to his will Hodge – who owned Parsonage Farm and Caravan Park in Amroth, Pembrokeshire – was adamant he did not want wife Joan or her four children to inherit any of his fortune.

He dubbed his wife “financially comfortable” despite her having a modest $3,500 in the bank.

Joan has been forced to live off benefits in a nursing home despite desperately wanting to return to the family estate where she had friends on the caravan park.

In a shock move, Judge Jarman has effectively re-written the wealthy businessman’s will by handing Thompson a $318,000 cottage on the estate.

The Judge ruled Hodge had failed to match up to his responsibilities to his long-term partner.

He also ruled the landowner’s belief that his wife would need no financial support after his death as a “mistake.”

In addition to the cottage, widow Joan will receive almost $268,000 in cash to pay for the refurbishment and to provide her with reasonable financial support.

Her late partner, who was suffering from prostate cancer, made more than ten wills before his death.

In the hospital before he died, Hodge told Joan “not to worry as she would be well looked after,” Cardiff High Court heard.

But in his final will he chose to leave it all to tenants Karla Evans and Agon Berisha who had carried out unpaid errands and helped him with his shopping.

Joan and her young son Dean moved into a caravan at Parsonage Farm in the 1970s and into the farmhouse with Hodge soon afterward.

She then took to working on the farm and caravan site without pay while helping care for Hodge’s mother. She later acted as her partner’s main carer when his health began to fail.

The judge ordered that the £225,000 cottage be transferred to her where she could be looked after by son Dean and his wife.