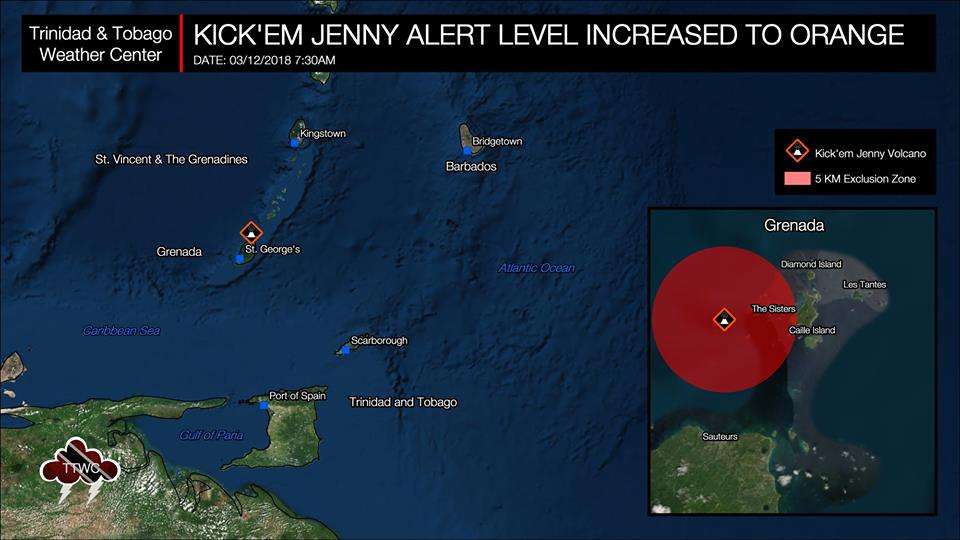 KICK-‘EM-JENNY UPDATE – During the period 12th March, 2018 to 15th March, 2018 (3:40PM local time), there has been a significant slowing of Kick-’em-Jenny earthquakes. Activity at the volcano has seen such lulls before, without it signalling the end of this KeJ unrest episode. As a result, the alert level at Kick-em-Jenny remains at ORANGE. The UWI Seismic Research Centre is continuing to monitor the situation.

Alert level ORANGE means that an eruption may begin with less than 24 hours notice. The volcano is dangerous to ships and boats and there is a 5km exclusion zone around the volcano for mariners.

Due to the current depth and pattern of activity it is UNLIKELY that an eruption of Kick-em-Jenny will cause a tsunami at this time.

The UWI Seismic Research Centre is the official and leading authority on geologic hazards in the English-speaking Eastern Caribbean.