STATEMENT FROM THE NEW NATIONAL PARTY 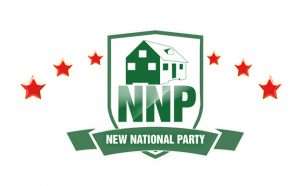 ST GEORGE ‘S, Grenada: The New National Party wants to make it absolutely clear that it neither encourages nor condones political harassment or any other unnecessary confrontation by any political party. Within the last 24 hours, two incidents have been brought to our attention that has given us serious concern.

What is reported is not consistent from our perspective with neither our attitude nor policy.

From the onset of the campaign, we have called on our supporters to be disciplined and respectful; and for the most part, they have upheld those standards.

As we enter the final days before Tuesday’s general elections, we call on all Grenadians on all sides of the political landscape to exhibit calm and self-control and to respect everyone in the political discourse.

We have a rich history of conducting ourselves properly during general elections, and this should continue in this cycle.