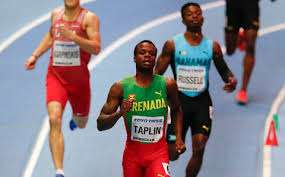 In a historic moment at the World Indoor Championships in Birmingham, every athlete in a men’s 400m heat has been disqualified.

Qatari sprinter Abdalelah Haroun, who won bronze at the London World Championships last year and was tipped for the gold medal by many, was the first to go after he was given a red card having inched out of the blocks a split-second early.

His disqualification left four athletes in the race, at the end of which Granada’s Bralon Taplin appeared to have come out on top.

After studying the replays, however, the officials decided that every athlete had made a lane infringement at some point in the race. 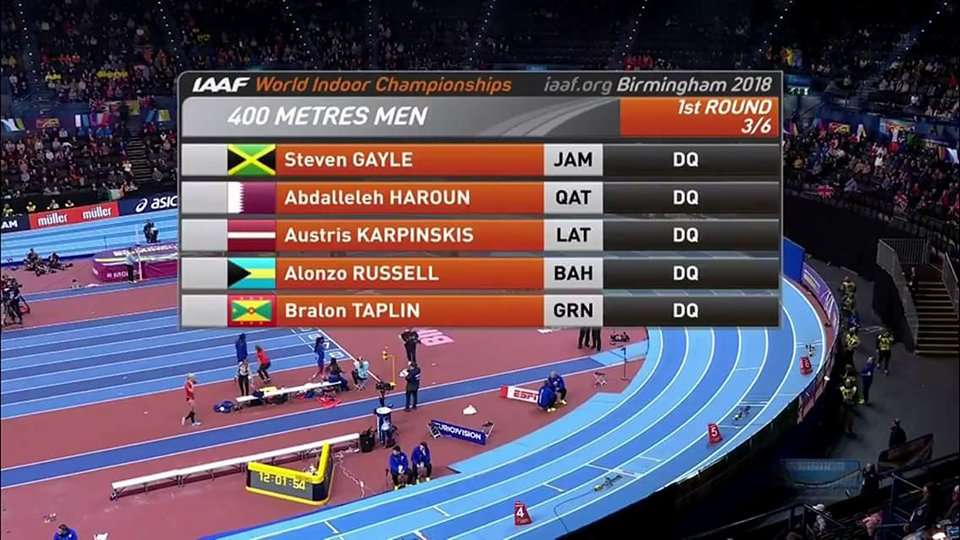 Not a single one of them was eligible for the 400m semi-finals. The two qualifying spots from the race instead went to the fastest losers in other heats.

According to the BBC’s Mark Butler, it was the first time since record books began that every athlete in a race has been disqualified.

The Guardian have since flagged that, in 1944, there was no AAU 100-meter champion in the United States after the six athletes in the final false started.

Obscure examples aside, this was an unprecedented foul-up in the history of the World Championships.

The loss of Haroun and Taplin, two of the main medal favourites, leaves the event wide open for other competitors including British champion Lee Thompson.