The head of the Barbados-based Caribbean Development Research Services (CADRES), Peter Wickham, is predicting a victory for the ruling New National Party (NNP) in the March 13 general election here. 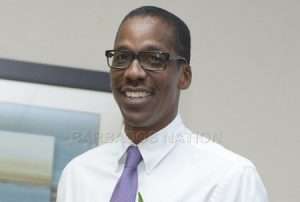 Wickham, a respected regional pollster, told listeners to a radio-talk show here, that the main opposition National Democratic Congress (NDC), which lost the 2013 general election by a 15-nil margin, may find it difficult, if not impossible to overturn such a huge deficit.

“The NNP is in pole position. When you come from a situation where you have all the seats it puts you in pole position to win the next election. But I think the NNP challenge now is that they have to be really careful about voter motivation.

“In a situation like this, NDC supporters will vote, they will be motivated to vote because they are coming out to help the party do as well as possible. The NNP supporters are a mixed of people however. There are some NNP loyalists, the core that will always support you,  but there are others, who perhaps are not  necessarily NNPites to speak off ….’

Wickham warned that ‘if these people decide that they are not going to vote for two reasons, that they think the election is already won and alternatively two, they feel that you could well give the opposition a seat or two, it could start and avalanche that could lead to a Trump (US President) situation,” where he won the presidential poll against all odds.

Wickham said that during the campaign “a lot of things could happen” and that the ruling party “has to be on its guard against the perception that it has already won”.

“In both of those situations you had popular political organisations losing. The role of the uncertain voter, the role of the person who is not going to jump up and down in a green T-shirt (NNP colour) is something about which Dr. Mitchell ought to be concerned and I think those are the people who could very well, if he is not careful bit him in the nose”.

Wickham said that the election could well decide the legacy of Prime Minister Mitchell, saying that “I have seen a lot of that in his machinations…and perhaps this idea of reaching out and continuing to build this bridge to the Maurice Bishop sympathisers is a final part of his whole campaign towards building bridges”.

The election will be held here for the second time on a March 13 date. On the first occasion in 1990, the NDC won seven seats, the Grenada United labour Party (GULP) four seats. The NNP won two seats, the same as the National Party (NP).

The NDC later formed the government when one of the GULP members, the late Edzel Thomas, gave support to the party.

The election this year is likely to be a straight fight between the NNP and the NDC.

The date is also historical in that on March 13th, 1979 the democratically elected government of Sir Eric Matthew Gairy was removed from power by the Maurice Bishop led New Jewel Movement (NJM) in the first coup in the English-speaking Caribbean.

Both the NNP and the NDC have have supporters and decision makers who were at one time intimately involved with the March 13th Revolution and its socialist style People’s Revolutionary Government (PRG).