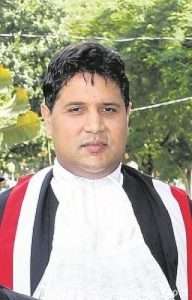 TRINIDAD – THE detention of a woman who was among 13 people detained in relation to an alleged terror plot to disrupt Carnival celebrations, has already cost the state. A High Court judge yesterday ordered the Commissioner of Police to pay the legal bill of Alisha Thomas, who was detained for five days in the height of investigations, before she was charged with being in possession of a firearm component.

Also charged was Thomas’ husband, Adil Mansano, for the same alleged offence. Justice Frank Seepersad said while terror threats could not be taken lightly, there was no evidence to justify Thomas’ detention for six days. He ordered the state to pay her legal bill, amounting to $6,100. She is represented by attorneys Mario Merritt and Kirby Joseph.

No one appeared for the Commissioner of Police at yesterday’s cost hearing. Thomas’ attorneys cannot execute the judge’s order for 14 days.

A cost order of half of the legal bill had been made by Justice Kevin Ramcharan for Mansano, however, the amount was not quantified and his attorneys are to submit a bill to the state for approval.

In making the order, Seepersad admitted that the threat terrorism posed was not trivial and could not be taken lightly. He said any attempt to thwart a terrorist act has to be encouraged, and that police have the authority to detain anyone suspected of such acts. According to the judge, there was no magical period for detention, although common law has set 48 hours of a reasonable time period.

He maintained, however, that the determination of what was a reasonable time period for detention was dependant on merits of each case. “The authorities are obligated to treat the information and intelligence received and conduct a through investigation… Ultimately the rights of all citizens have to be protected.”

He advised that any detention must be just and reasonable, even as he recognised that investigations involving alleged terror acts were complex and cannot unravelled in a short period of time.

Seepersad said in Thomas’ case, no explanation was given by the Special Branch officer – PC Darrel Winn – who filed an affidavit in the case, to justify her detention for six days. Of the 15 people held in relation to the alleged plot, 13 were subsequently released. They are expected to file legal action against the state.