Mikey Live
HomeRecentGirl Died Hours After Doctor Turned Her Away For Being A Few...
RecentRegional 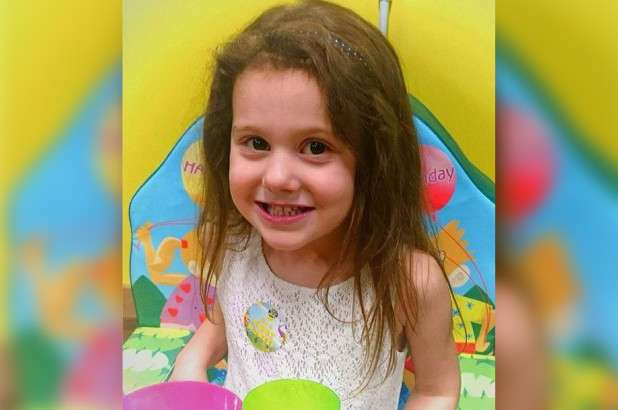 (NEW YORK POST) – A 5-year-old girl with asthma issues got turned away from seeing her doctor because she was a few minutes late for her appointment — and died just hours later, according to reports.

“Why won’t the doctor see me?” asked Ellie-May Clark, as she sat with her mother in the waiting room of Grange Clinic in Newport, Wales.

The heartbreaking statement was recounted during a coroner’s inquest by Shanice Clark, who has been searching for answers since her daughter’s death on Jan. 26, 2015.

She finally got some on Monday as the coroner ruled that Grange Clinic had “missed” a chance to “provide potentially life-saving treatment” to Ellie-May, Sky News reports.

The medical facility reportedly operates under a strict “10-minute rule” — and refuses to see patients who show up late.

Clark said during the inquest that she called the clinic around 4:35 p.m. and was told to arrive at 5 p.m., Sky News reports.

Since Clark had just given birth to a baby and didn’t have a car, she warned them that she might be late, which she was — by only five minutes.

She told the coroner that she had to wait for a receptionist to finish talking on the phone, though, and for other patients to be processed, which ultimately caused her to miss the 10-minute mark.

A clinic worker later claimed that Clark was 18 minutes late, but she disputed this.

The distraught mother said her daughter was disappointed and “let down” about not being seen by the physician, identified as Dr. Joanne Rowe.

The doctor did not ask for any information on Ellie-May’s condition or medical history before turning her away, the BBC reports.

The youngster later died at a hospital of bronchial asthma.

“From the evidence before me, it is not possible for me to determine with certainty whether an earlier intervention would have altered the outcome for Ellie, but nonetheless Ellie should have been seen by a [doctor] that day and she was let down by the failures in the system,” the coroner wrote Monday in their verdict.

In response, the Grange Clinic released a statement, saying: “Dr. Rowe knows that nothing can be said to Ellie-May’s family to make a difference, but she would like to say how truly sorry she is.”

The coroner plans to write a letter to the clinic, the Aneurin Bevan health board, the health inspectorate of Wales and the chief coroner — with suggestions on how to prevent similar deaths in the future.