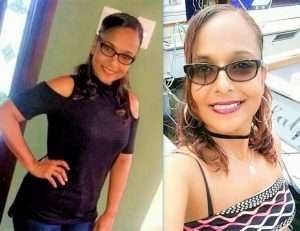 A SANGRE Grande mother and school teacher was shot dead on Monday by a man who then attempted suicide.

Her suspected killer, a 44-year-old man, has been taken to hospital.

Police said he shot himself in the head.

Shortly before 8 a.m., the woman’s 16-year-old daughter heard her mother’s screams at the house at Jarasingh Village.

She went to investigate and found a trail of blood in the house.

She screamed and sought help from nearby residents who contacted Sangre Grande police.

Police believe the killing was domestic related. Ragoobar-Gueverra was the mother of five.

Crime Scene and homicide investigators are currently at the scene.

The killing took the homicide toll for the year to 91.

Guevarra, who was a teacher at the St Francis RC Primary School in Sangre Grande, is the seventh woman killed for the year.