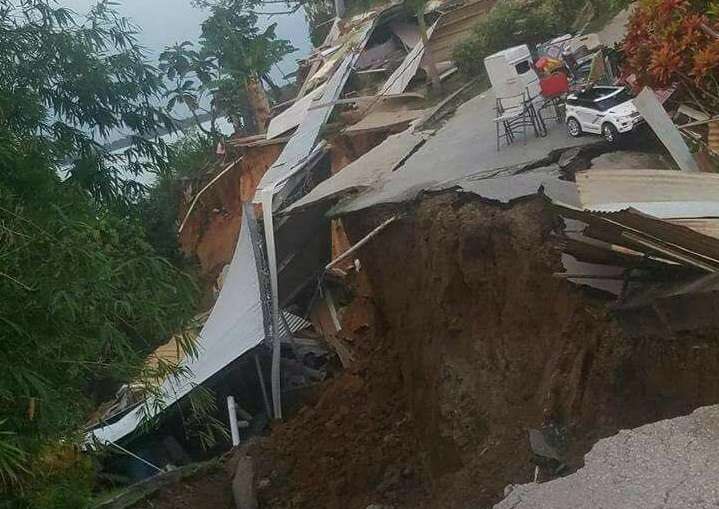 Evacuation efforts are underway in Cedros at this time as two homes were washed into the sea at around 3PM this afternoon, due to coastal erosion. Another three homes followed.

Councillor Shanka Teelucksingh says he received a call just after 2 pm from the residents.

When he got there, the residents were in the process of removing their belongings when the structure began to give way.

All of the occupants managed to escaped when the structures slipped into the sea.

Four other homes are considered dangerous at this time and residents are in the process of being evacuated.

Update from the Ministry of Rural Development and Local Government:

Subsequent to the coastal erosion that occurred in Bamboo Village, Cedros an update from the Siparia Regional Corporation Disaster Management Unit has indicated that five homes have been affected but all families have been assessed and opted to stay with their relatives until the issue is resolved.

Presently, the Siparia Regional Corporation’s DMU, Trinidad and Tobago Fire Services as well as the Councillor for the area, Shankar Teelucksingh are on site and will continue to monitor the situation in efforts to ensure the safety of the villagers.