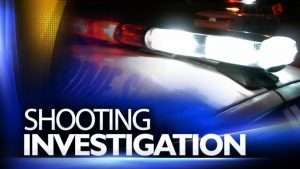 According to police, the two men, ages 56 and 35 and the 16 year-old teenager were part of a group playing a game of cards around 8:10 p.m., when a man suddenly approached the group and opened fire.

All three victims were taken to the Queen Elizabeth Hospital by private vehicle for medical attention.

Anyone who can provide information about the incident is asked to contact the Black Rock Police Station at 417-7500 or 417-7501; police emergency at telephone number 211; Crime Stoppers at 1-800-8477 or the nearest police station.