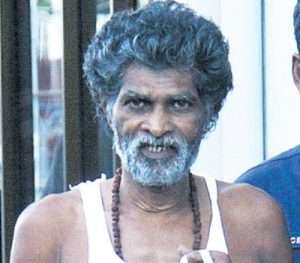 Market vendor Narine Ragoonanan who sexually assaulted a mentally challenged nine-year-old girl, then raped and impregnated her at age 15 will spend the next 23 years and seven months in jail.

St Clair Douglas spoke about the child-like nature of the girl, who is now 19, and her embarrassment when recalling the incidents in her evidence.

Ragoonanan was found guilty by a jury last October of grievous sexual assault against the girl. The acts were committed on unknown dates between 2005 and 2007.

Ragoonanan’s sentence was put off after he opted to plead guilty to raping the girl in 2013. Evidence led by State attorney Sabrina Dougdeen-Jaglal in January was that in September 2013 the girl had an argument with her mother and she cut up her clothes with a scissors.

She then stayed with her sister for a few days before staying at another house. Ragoonanan raped the girl in that house. She was 15 years old.

Her mother accompanied her to the police station where a report was made to PC Woods. In December it was discovered that she was 16 weeks pregnant.

The maximum penalty for the offences is life imprisonment. On the grievous sexual offences charges, the judge found the appropriate starting point was 27 years. However, after the judge deducted the time he spent in pre trial custody the sentence was reduced to 23 years and seven months.

The judge said the appropriate starting point for the rape charge was 20 years, but increased it to 24 years because of the girl’s developmental challenges.

He reduced the sentence to 11 years and ten months after discounting the time Ragoonanan spent in custody and his guilty plea. All the sentences were ordered to run concurrently. State attorney Anslem Leander assisted in the matter.