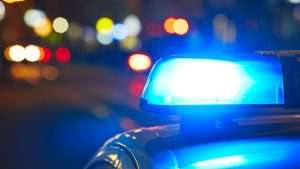 Two men are expected to appear before a Port of Spain Magistrate tomorrow, charged with 23 counts of robbery against 14 Bahamian tourists and nine other persons, who were passengers of a maxi taxi heading to an early morning Carnival cooler fete at Chaguaramas, on Sunday 11th February, 2018.

Justin Hayes, 21, and Tafarra Brandon, 19, both of Carenage, were charged by Cpl Morgan Jones, of the Carenage Police Station, on Tuesday 20th February, 2018.

The charges follow investigations into the robbery of two maxi taxis, in separate incidents, that were transporting passengers to a fete in Chaguaramas.

The maxi taxis were stopped along McKenzie Road, Point Cumana, Carenage, by a man holding an object resembling a firearm, around 3 am on Sunday 11th February, 2018.

The victims told police five other suspects came out of nearby bushes, soon thereafter and announced a hold-up, relieving the visitors and other passengers of items including a Rolex watch, other items of jewellery, cellular phones and local and foreign currencies.

None of the stolen items was recovered.

Investigations were spearheaded by Snr. Supt (Ag.) Ajith Persad of the Criminal Investigations Department and coordinated by Insp. Godfrey Vincent of the Western Division CID.