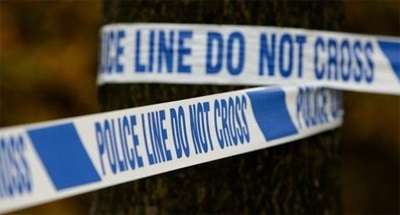 Police are now investigating the death of an eight-year-old boy, who reportedly succumbed to injuries he sustained after being beaten with an iron pipe by a close relative yesterday.

Ishmeel Phillips, of Rydale Avenue, Greenvale Park, La Horquetta, collapsed in an unconscious state at his home after the beating. He was taken to the Eric Williams Medical Sciences Complex Paediatrics Emergency Department by police constable Thaddeus Caraballo.

Caraballo, who lives next door, was alerted by the child’s stepmother Michelle Smith, 34, that Phillips was not breathing after he collapsed.

The T&T Guardian was told the incident took place shortly after 1 pm yesterday. Phillips died while undergoing treatment at the emergency department about one hour later. For 45 minutes doctors tried unsuccessfully to resuscitate him. Phillips suffered deep gashes to his head, face, arms, legs, rib cage, abdomen and back.

Relatives described the child’s attacker as “evil” and alleged the child was a victim of continuous physical abuse for years.

The relative is said to be a former soldier who is now wheelchair-bound. He was shot and wounded while on duty in Morvant several years ago and was discharged medically unfit. The soldier was granted a single unit Housing Development Corporation house in Greenvale after he suffered the injury.

Smith was up to press time still being interviewed by homicide detectives. The detectives were notified by hospital officials after Phillips was take to the hospital.

An investigation has been launched.