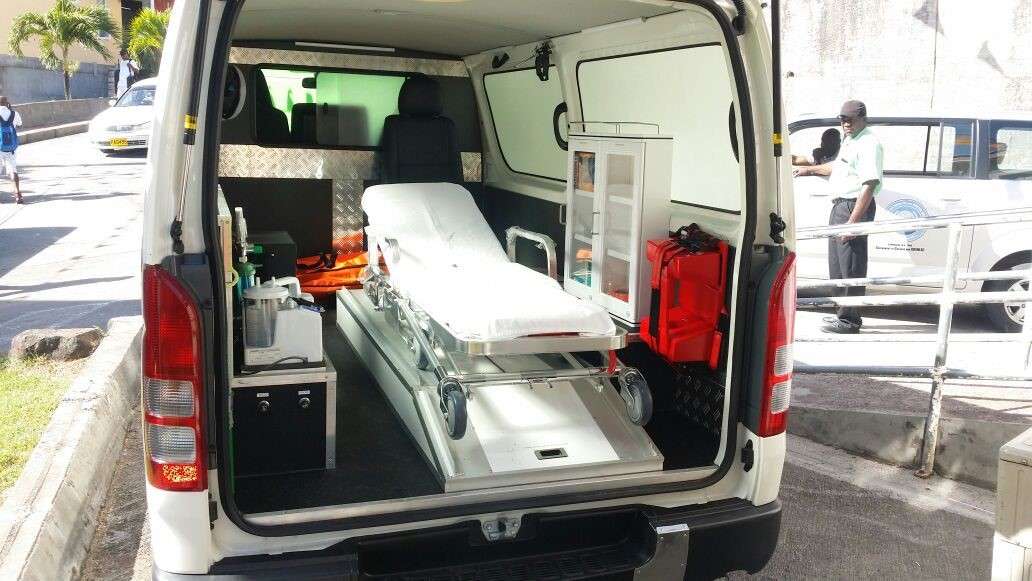 ST. GEORGE’S GRENADA, FEBRUARY 9, 2018, GOVERNMENT INFORMATION SERVICE (GIS): The Grenada Government has again delivered on a promise to source and add more ambulances to the existing fleet of government ambulances operating on the island.

The two new fully equipped ambulances recently joined the existing fleet and while they are already in use, users are screaming praises to the island’s health minister for keeping his word.

One of the new ambulances is presently stationed at the Sauteurs Health Center and is operating and servicing the western corridor while the other is based at the General Hospital.

The latest moved is considered major game changers in the delivery of medical care to the country’s citizens, which is another indication of the Mitchell Government‘s seriousness and commitment to the delivery of a more reliable and improved healthcare services delivery.

Governments’ main aim is to establish a national emergency medical services network where all requests for ambulance services would be routed and dispatched from a centralized office utilizing the modern technology.

Meanwhile Health Minister – Nickolas Steele is confident that with the integration of the other services such as remote access with Electronic Medical Records, National Health Insurance as well as ongoing equipment and facilities upgrades into the new Hospital wing which is 90% completed, Grenadians can rest assure that Government is serious, committed and well on its way to providing a more reliable and up-to-date healthcare service.