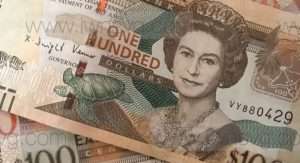 An observant police officer may have uncovered, on Wednesday, a fraud operation that is believed to have resulted in the theft of thousands of dollars intended for recipients of Public Assistance (welfare) payments, commonly called “Poor Relief”.

Two males and a female are in custody assisting police with their investigations.

iWitness News was reliably informed that the pay master left a retiree from another community to make the payments in Owia while the paymaster went to Fancy to conduct his duties.

The police officer who was providing security duties in Owia is said to have noticed that the deputising pay master and another worker appeared to be processing payments without having been presented with the identification cards of any recipients.

The police intervened and the alleged fraud was uncovered.

iWitness News understands that so far, investigations have shown that some EC$3,000 from Wednesday’s payouts is unaccounted for.

Investigators are said to be trying to determine the extent of the alleged fraud, as their suspicions are that it could have been a regular occurrence.