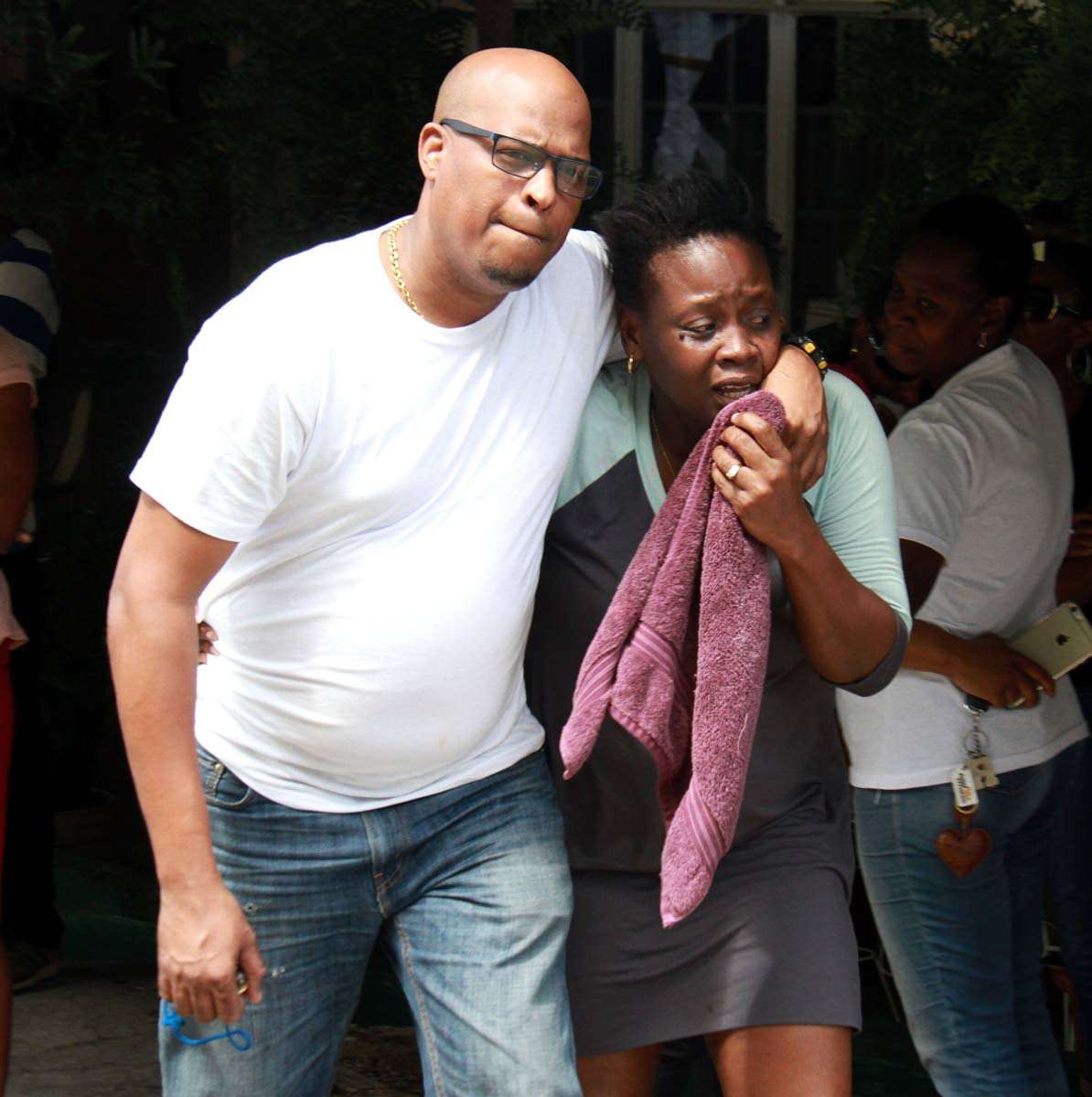 TWO years after her husband Michael Matthew was shot dead, his widow Monica “Kris” Gumbs, 55, met the same fate yesterday and their daughter was shot and seriously wounded.

Police described the shooting at the Fazal Avenue, Penal Rock Road home as a reprisal attack. Gumbs had reported to police that after her 57-year-old husband’s killing on December 14, 2015, she and her family had been threatened with death. She was a mother of four.

Matthew was gunned down under the house where he lived with Gumbs and their children. Gumbs had reported to police that Matthew was blamed for the shooting death of her (Gumbs’) nephew, Roger Romain, 35, also of Fazal Avenue. Romain was ambushed and shot in front of his home, close to where Matthew lived. Gumbs and her daughter Dana, 33, were at home when two men stormed into their house at about 11am and began shooting. Gumbs was shot in the stomach and died on the spot. Dana was shot in the left leg and bullets grazed the left side of her head as she ran out to the back of the house to escape. She was listed yesterday in serious condition at the San Fernando General Hospital.

According to the police report, relatives next door heard the gunfire and called the police. They said they saw two men dressed in black running out of Gumbs’ house and into a waiting vehicle. Villagers gathered on the road and looked on in shock as Gumbs’ body was taken away and her daughter put into an ambulance. Gumbs’ sister Gail screamed, “Kris, why, Kris, why? You know your life in danger!”

Villagers spoke in hushed tones, with some saying the revenge attack will lead to more bloodshed on Fazal Avenue. One recalled that Gumbs had been running a sou-sou which was worth $20,000 to ten people each. She expressed regret, saying,”We not getting we hand now that Monica gone.” On July 23, 2016, Gumbs’ second daughter, Stacy, survived a gun attack when she was ambushed by a man lurking in the bush near her home on Penal Rock Road. She was shot in the chest and shoulder.

In March 4, 2017, Stacy’s boyfriend, Kevin Fuller, 31, of Palmiste, San Fernando, was one of three men killed by gunmen while liming at the Runway 69 Shorts bar in Debe Village near Penal. Terry Edwards and Sanjay Mahabir were the other victims in the shooting.