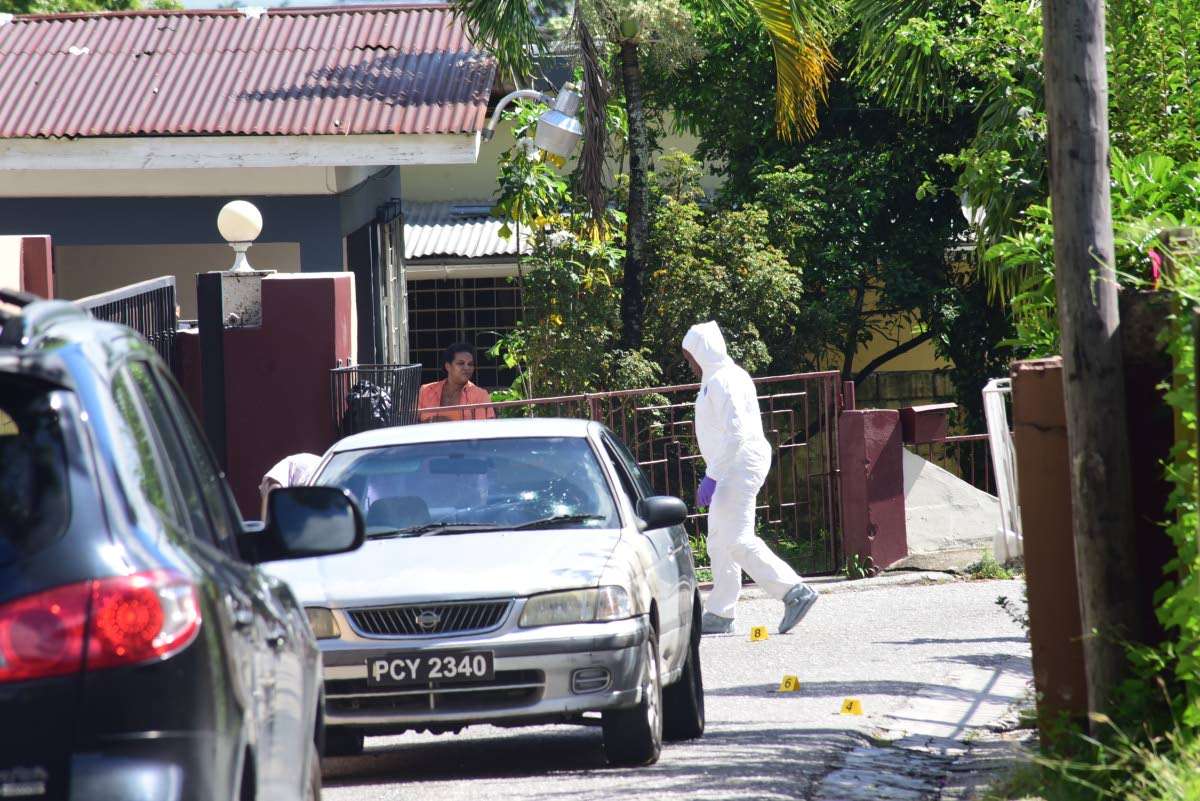 A 17-year-old was among three men, who were killed during a shootout with police in Diego Martin, yesterday.

According to reports, shortly after midday, Western Division police received a report that a group of men in a silver Nissan B15 were on their way to commit an armed robbery.

One of the occupants reportedly pointed a firearm towards police and there was an exchange of gunfire.

All three of the suspects were shot several times. None of the police officers was injured.

Two of the suspects died on the scene, while the third was taken to the Port-of-Spain General Hospital for treatment.

He remained warded under police guard before he succumbed to his injuries while being treated.

The suspects were identified by police as 17-year-old Kirk Stewart, of La Puerta, Joshima Oxley, 24, of Bagatelle and Akile McGilvery, of Four Roads, Diego Martin.

Autopsies will be performed on their bodies at the Forensic Science Centre in St James today.

The weapons will be taken for ballistic testing to determine if they were used in recent murders or shootings.

The trio is the first to be killed by police in the execution of their duties for the year.

As with all incidents involving police officers using deadly force, a senior First Division officer from another division will be appointed to investigate the fatal shooting.