Two teenage boys are expected to appear before an Arima Magistrate today, charged with the January 25 murder of Francis Stafford, and with wounding a woman. 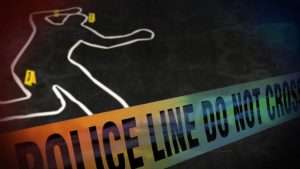 Stafford, aka “Franny”, 33, a landscaper, was in the company of a 24-year-old female friend, on when two assailants, one armed with a gun, approached and opened fire.

The victim ran off, but was pursued by his attackers, who continued shooting at him. He was hit multiple times about the body and died at the scene. The victim’s female friend, was also shot and wounded in the incident.

Investigations were led by ASP (Ag.) Windell Flaviney, Insp. Andrew Lawrence and Insp. Shaun Craig, of Homicide Bureau of Investigations, Region 2, while the accused were charged by PC Neesham Ali.