Two soldiers, accused of defrauding the Defence Force of $1.5m in an alleged payroll scam, have agreed to repay the money.

Lance corporal Jason Richards and private Josimar Belgrave gave the undertaking as the State’s civil lawsuit against them came up for hearing before Justice Ricky Rahim in the Port-of-Spain High Court yesterday.

Under the consent order, which details the agreement, the soldiers agreed to repay $1,480,000 and surrender their two vehicles—a 2008 Nissan Tiana and a 2013 Nissan Versa—to the Defence Force. They are also required to solicit sales of the vehicles. 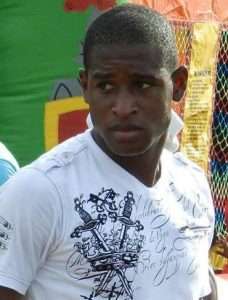 The order also states that the duo admitted to receiving the money in their accounts and that they spent all that they had received.

The agreement does not affect an ongoing criminal case in which they are facing a total of 162 fraud charges.

Richards, a payroll clerk with the Defence Force, is facing the majority of the charges as he was accused of stealing the money by inflating his and Belgrave’s rent allowance between February and July, last year.

He was also charged with wilfully falsifying the TTDF’s human resource records in a bid to cover up the crimes and was charged for each time he disposed of the money by transfers from his account to those of his relatives and through ATM and over-the-counter withdrawals.

Belgrave, a striker with the TTDF’s T&T Pro League team, was charged with disposing of the money through various transfers and withdrawals.

They pleaded not guilty to the charges during their first court appearance in October, last year.

The soldiers were first detained on July 27, last year after the money was discovered missing. They had initially challenged the conditions of their detention but were released from Regiment custody before the case was decided.

The Defence Force conducted an internal investigation and successfully obtained an order freezing the soldiers’ assets.