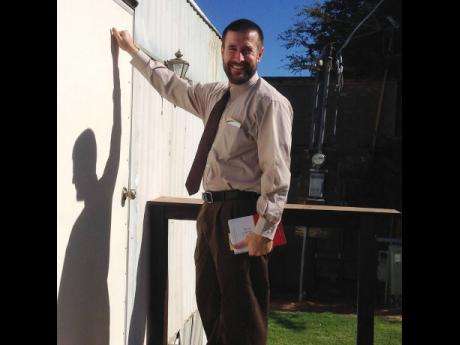 Anti-gay US preacher Steven Anderson said he was prevented from boarding a flight to Jamaica yesterday by airline officials in Atlanta who claimed the directive to deny him entry came from the Jamaican Government.

It was, in fact, the Jamaican Government that shut the door in his face. The only statement out of the Ministry of National Security yesterday, when questioned by The Gleaner, was: “The decision was made to deny him entry by the chief immigration officer because the pastor’s statements are not conducive to the current climate.”

Anderson was scheduled to land at the Norman Manley International Airport on a Delta Air Lines flight yesterday evening with his 14-year-old son to do missionary work in the island. His intended visit was primarily opposed by members of the gay community who contended that his messages were homophobic and condoned violence against an already marginalia group.

“I had a connecting flight in Atlanta, so as soon as I got to Atlanta, Delta Air Lines told me that they received a notification from Jamaica that I was not going to be allowed to enter,” said the pastor who heads the Faithful Word Baptist Church in Temple, Arizona.

“The flight attendant just said that I had a message waiting for me at customer service and the moment I got off the plane there was this man standing there, just right at the door waiting for me. He told me and left and I asked him if he had more information and he said he didn’t have any more information,” he told The Gleaner.

The pastor said that he was directed to speak to customer service representatives who confirmed that he would not be allowed on the connecting flight from Atlanta to Jamaica. He had travelled earlier from Arizona to Atlanta without incident. 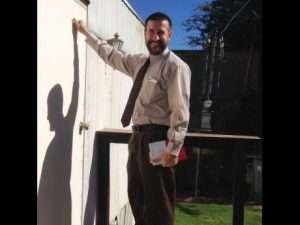 “I was kind of surprised that Jamaica would ban me for my views on homosexuality,” anti-gay US preacher Steven Anderson said yesterday.

Anderson has already been banned from Canada, United Kingdom, Botswana, and South Africa. A petition was launched by Jamaican gay activist Jay John calling for the Government to ban him from entering Jamaica. The online petition had attracted more than 38,000 signatures up to yesterday on Change.Erg.

The controversial pastor is considered a hate preacher because of his comments on several issues, including the 2016 shooting of 49 people inside the Pulse gay nightclub in Orland, Florida.

He has also been accused of calling for the execution of gays by stoning, and has asserted that women should not work, lead in church or dress how they want.

Anderson said he was forced to make different travel arrangements after being prevented from boarding the flight to Jamaica.