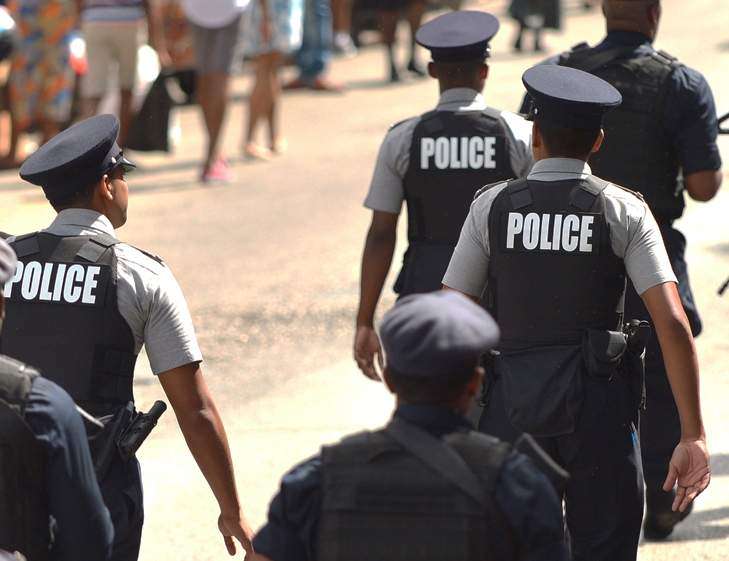 And three police issued firearm holsters were allegedly found at the officer’s house, which investigators suspect were to be sold.

The constable, who is attached to the Central Police Division, was detained as he attempted to run away from his colleagues when they intercepted a vehicle in which he was a passenger.

The constable allegedly jumped out from the front passenger seat and attempted to bolt into the bushes but was caught.

He allegedly held a bag in his hands which contained two bullet proof vests with “POLICE” written at the front and back.

Two other occupants of the vehicle – the officers 21 year old male relative and a 54 year old neighbour – were also detained.

The three suspects were arrested and taken to the Princes Town CID.

The officer was handed over to officials of the Professional Standards Bureau for further investigations.

The two other suspects remain in police custody.