The body of a man was found this morning at Sion Hill beach. Police confirmed to News784 that the body had indeed been found, but could not release any further details.

Our sources indicated that the body had no form of decomposition about it, however, it appears to have been brought to the vicinity and dumped. 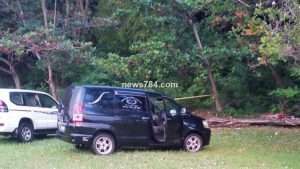 The discovery was made around 6 am Saturday 27th January 2018.  The age and name of the deceased man are not available this at the time. We will update in a future post.

On 8th January the body of a Caucasian male with no form of decomposition washed ashore in Peruvian Vale, located on the SouthEastern coast of the island.

It was later discovered that the individual was a national of the South Pacific Island of Samoa, the autopsy revealed he died from drowning.