Ten persons, including a 15-year-old student, were shot and killed and five others wounded as gunmen went on a rampage in several parishes over the past 12 hours.

According to police reports, four persons died and three others were injured in August Town, St Andrew while three persons were shot dead in Linstead, St Catherine, all within one hour last night.

The other killings occured in east Kingston, St Elizabeth and St James. 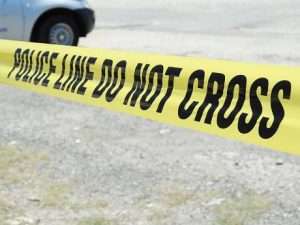 In the August Town incident, it’s reported that several persons were standing outside a shop with armed thugs approached and opened fire.

When the shooting ended seven persons were found with gunshot wounds, four of whom later died.

Over in Linstead, police reports are that a man, his 15-year-old son who attends Bog Walk High School and a woman were shot dead by unknown assailants in Victoria district.

Residents discovered the bodies and alerted the police.

In St Elizabeth, the police say a truck driver was shot and killed and his assistant injured after they were robbed by two men they offered a ride.